Crohn’s disease is an inflammatory bowel disease (IBD) that causes chronic inflammation of the gastrointestinal tract. 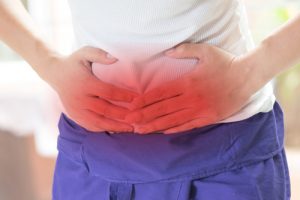 This condition does not have a cure. People who suffer with this disease must learn how to manage it to keep life-threatening complications at bay. At Swetech Family Medicine, we help stop Crohn’s disease from taking over your life.

An estimated three million people suffer with Crohn’s disease but this health problem can present in various ways. It is important to know which part of your gastrointestinal tract is affected and which type of Crohn’s disease you have so it can be properly treated and symptoms and complications can be anticipated.

If you and your doctor suspect that you are suffering from IBD, this disease will be considered, but so will ulcerative colitis, which has similar symptoms. The illnesses are not the same, however, and affect different parts of the gastrointestinal tract.

Crohn’s disease is a far more serious gastrointestinal condition. The progression of the condition can sometimes be slowed with steroids and immunosuppressants and some patients require surgery to repair or remove affected portions of the GI tract. All sufferers of this disease are at an increased risk for colorectal cancer and must undergo regular screenings.

The intention in osteopathic medicine is to help patients learn how to live with this condition and develop a lifestyle that is sustainable when you’re trying to get through each day with an unpredictable chronic condition.

Men and women are equally likely to be affected by Crohn’s disease and, while it can occur at any age, the disease is most often diagnosed in people between the ages of 15 and 35. If you have a parent or sibling with this condition, your risk of developing it increases. Crohn’s disease tends to run in families. Along with hereditary and genetic factors, recent research also suggests that environmental causes can contribute to the development of disease. This condition is more common in developed countries and in people from urban cities and towns and northern climates.

There is not one specific test that confirms the presence of Crohn’s disease. Because symptoms can mimic other gastrointestinal disorders, there are many types of testing that may need to be done to rule out other health problems and deliver an accurate diagnosis.

You can expect testing to include a physical exam and evaluation, diagnostic testing like bloodwork and stool samples, x-rays of the GI tract, endoscopy, and perhaps biopsy.

It is stressful and burdensome to live with a chronic illness and, unfortunately, stress can aggravate this particular condition. Knowing that the condition will never go away is daunting, but with the right support and medical care, you can manage the physical and emotional symptoms and stresses of this disease. An unmanaged diet can also exacerbate the disease, so a carefully constructed nutrition plan and regular movement and exercise can help keep this condition in remission.

You will experience periods of remission as well as flares when the disease’s symptoms are active. This disease may also present in ways beyond the gastrointestinal system, such as with skin complications, fever, fatigue, night sweats, kidney stones, vision problems, and more.

An immune system disorder is complicated, and it can wreak havoc on your body. If you have a health problem and need support, contact Swetech Family Medicine in Clinton Township to schedule your appointment. Let us help you find a diagnosis, heal, and live your best life.

We use cookies on our website to give you the most relevant experience by remembering your preferences and repeat visits. By clicking “Accept”, you consent to the use of ALL the cookies.
Cookie settingsACCEPT
Manage consent

This website uses cookies to improve your experience while you navigate through the website. Out of these, the cookies that are categorized as necessary are stored on your browser as they are essential for the working of basic functionalities of the website. We also use third-party cookies that help us analyze and understand how you use this website. These cookies will be stored in your browser only with your consent. You also have the option to opt-out of these cookies. But opting out of some of these cookies may affect your browsing experience.
Necessary Always Enabled

Performance cookies are used to understand and analyze the key performance indexes of the website which helps in delivering a better user experience for the visitors.

Analytical cookies are used to understand how visitors interact with the website. These cookies help provide information on metrics the number of visitors, bounce rate, traffic source, etc.

Advertisement cookies are used to provide visitors with relevant ads and marketing campaigns. These cookies track visitors across websites and collect information to provide customized ads.

Other uncategorized cookies are those that are being analyzed and have not been classified into a category as yet.